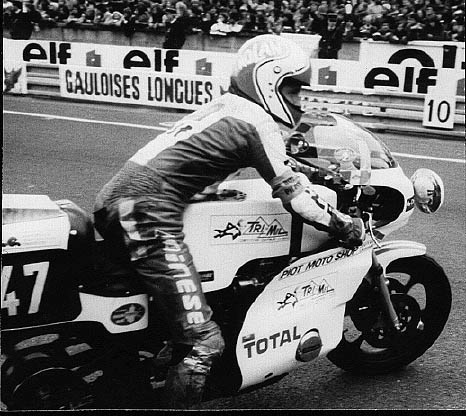 One gas tank was made (see above) on bike #47 with a sight window. Thirty-seven trips were made from Los Angeles to Costa Mesa where Jerry Greer made the fiberglass parts . We let Jerry Greer design the first tank but that was an 8 gallon blimp disaster so we got a block of foam, coated it with wax and sculpted the tank you see here. Narrow so your legs and arms were tucked in and with a low as possible center of gravity saddling the 4" backbone. The quick fills were positioned over the deepest part on the rear of the tank as, in testing, this gave us the quickest fill rate...3.5 seconds.

That's why they won races...not at the 1977 Bol D'Or unfortunately...But we were there and left a lasting impression. Only Dan Gurney, A.J. Foyt and Briggs Cunningham preceeded us. No one before, no one since. Never again. 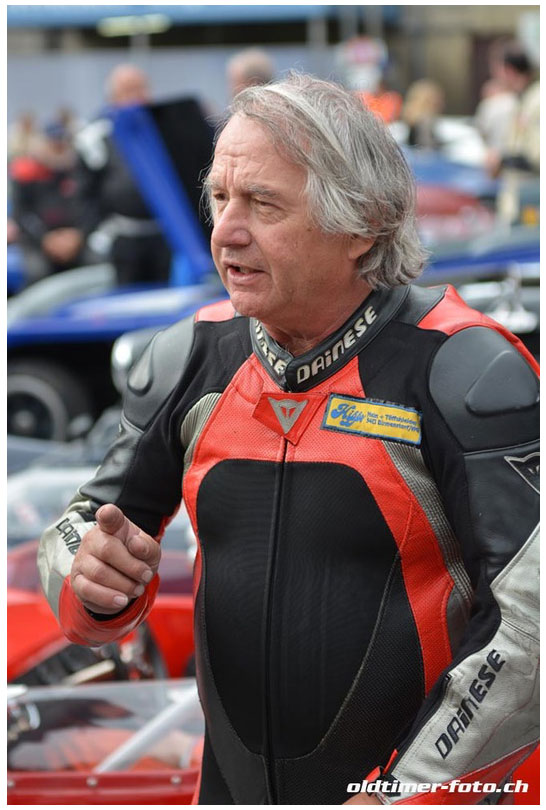